The conference dinner will take place at:

ASK in York is set inside the beautiful old Georgian Assembly Rooms designed by Lord Burlington during the first half of the eighteenth century. The Assembly Rooms is one of the finest of venues in York, where dances and social balls were held in the Georgian period.

The York assemblies were weekly meetings from about 1710 at which there were dancing and card games.  These were often held at the King’s Manor or Lord Irwin’s house near the Minster, but it was clear that the scale of York’s social season required something grander.

A group of the city’s great and good approached Richard Boyle, Lord Burlington, to ask him to design a suitable establishment.  A vice-admiral of the county of York, he was a talented practitoner of the English classical architectural movement known as Palladianism.

He did not let York’s gentry down.  Burlington’s Assembly Rooms were a stylish masterpiece, an 18th-century version of an ancient Egyptian Hall designed for festivals and entertainments.  He drew upon an illustration by the 16th-century Italian architect Palladio to create a theatrical interior of Corinthian columns and bays, which contrasted with the elegantly simple exterior.

The Assembly Rooms were first used during race week in August 1732, what we know today as Ebor Week. The building was to become the model for formal reception rooms in country houses throughout the land.

A new entrance front was designed by JP Pritchett in 1828 and the corporation restored the rooms in 1951. 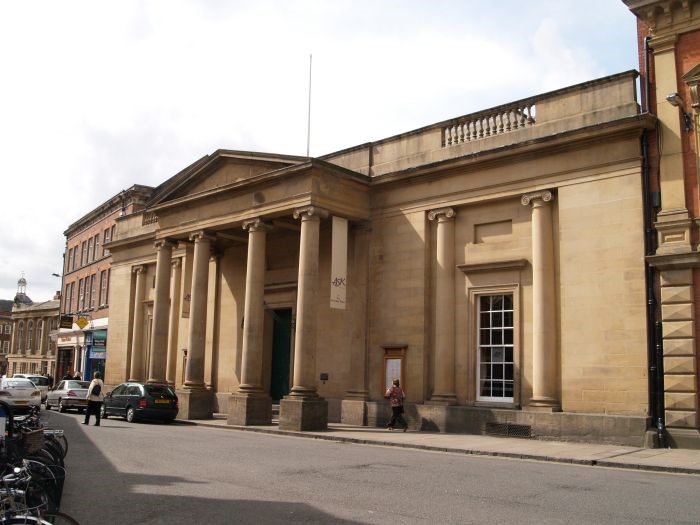